Saturday afternoon with the flock 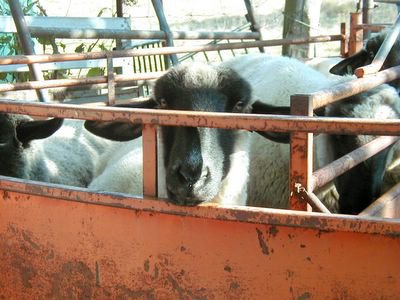 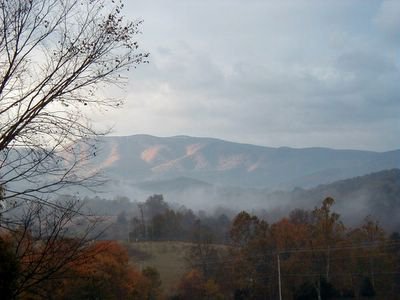 After experiencing an onslaught of comment spam, I have reluctantly switched on the "word verification" feature in the hope that I will have fewer messages left by machines that want to sell me something or leave links salted on the page. I apologize to you real people out there for the inconvenience.
Posted by John S. Bell at 6:16 AM No comments:

A sudden snowfall took us by surprise this morning. Cold air that was supposed to bring us frost met wet air from the hurricane here by our mountains. It will be gone by evening, turned to rain as the day warms slightly. 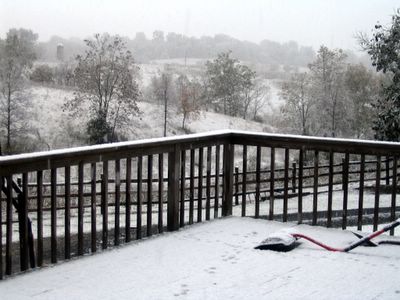 This morning's forecast from the National Weather Service makes it official, summer is over:

The late rains these last few weeks brought the pastures back to life after a dry summer. I was hoping the frosts would hold off and allow a little more late grownth before we head into the winter. The more forage left in the field, the less hay we have to feed through the winter. One of the first signs that you are thinking like a farmer is realizing that there is direct link between the weather and your wallet. Sun and rain are, of course, beyond our control, which builds in a certain level of uncertainty into even as small a farming operation as ours. Being dependent on forces beyond one's control can have a salutary effect on a modern such as myself. I am not by nature a pious person and, left to myself, would agree with the old cowboy in a Tom T. Hall song who said "it don't do men no good to pray for peace and rain. Peace and rain is just a way to say prosperity, and buffalo chips is all it means to me." Nonetheless, there is something about the sight of the flock content on good pasture that brings pleasure apart from the economic reward. It leads almost inevitably to prayers of thanksgiving. Likewise, thinking of fields turned brown by drought, and the prospect of winter snows, I find myself praying the words of intercession from the Sunday liturgy: "For favorable weather, an abundance of the fruits of the earth, and temperate seasons" with an unaccustomed fervency.
Posted by John S. Bell at 7:01 AM 1 comment:

My apologies to those faithful few readers who have been stopping by this past month in the expectation of seeing new material. 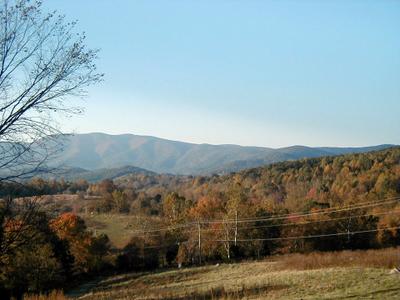 When I wrote last it was the end of Summer. We are now well into Autumn; leaves beginning to turn and a noticible chill in the morning air. With the change in season, perhaps I can have a change in habit and return to daily updates. In the meantime, here is the view from our hillside farm on an October Sunday morning.