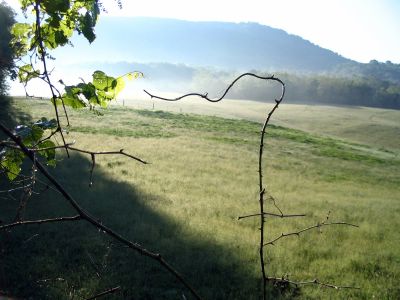 Tuesday morning sunrise.
Posted by John S. Bell at 7:34 AM No comments:

Another day down at the barn shearing sheep. It still amazes me to see them step on the stand looking like ragged clouds and step off sleek as a greyhounds. Tonight I plan to soothe aching muscles and settle down with a copy of Theodore Dalrymple's Life at the Bottom, a collection of bleak but wonderfully written essays on the life of the self-perpetuating underclass in contemporary England. After almost twenty years of the practice of criminal law on both the prosecution and defense side, I experience the shock of recognition on almost every page. The pathologies he describes may be more acute in urban Britain, but they are progressing nicely even here in rural/suburban small town Virginia. I would recommend the book, but if you want to sample Dalrymple's writing on-line, try here.
Posted by John S. Bell at 9:47 PM No comments: 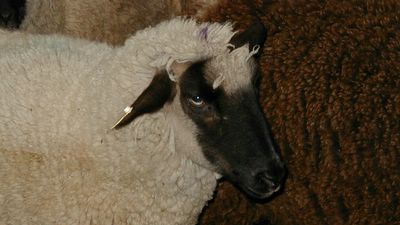 White sheep on Black sheep.
Posted by John S. Bell at 8:28 AM No comments: 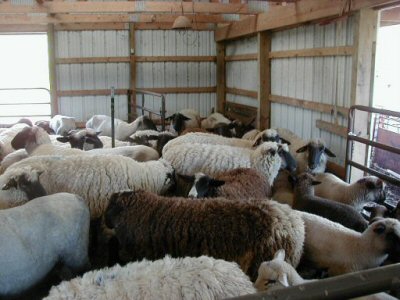 Busy day on the farm. We rounded up the sheep from the various pastures in which they were hiding and ran them down to the barn in preparation for drenching and shearing. Matters were delayed by a mid-morning thunderstorm, but enough sheep were under roof and dry so we were able to shear ten after lunch time once the drenching was done. (Yes, a professional shearer would do that many in an hour with time left over for a stretch and a cigarette, but it is an afternoon's work for us.) Many thanks to Lynn, Eleni, and Robin who came by to help out .
Posted by John S. Bell at 10:28 PM 1 comment: 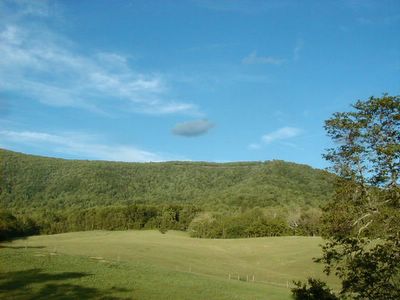 We have had several days of rain, with sun finally breaking through yesterday. Here is the view from the house looking east towards Skyline drive. An almost perfect afternoon, with one small dark cloud to keep us from getting too carried away.

For those who check regularly, my apologies for the lack of posts. Busy schedules in court and farm, as well as some new books by the bedside have cut into blogging time. I promise to do better in the coming weeks.
Posted by John S. Bell at 6:47 AM No comments:

Orthodoxy has a rich tradition of choral music. Our services are chanted and sung rather than spoken, with the human voice as the only instrument. Each national church has its own musical traditions, but underlying all of them are the eight modes or "tones" of Byzantine Chant. The traditional tones can be quite a shock to someone who has only encountered Orthodox music in its lush, more westernized Russian incarnation. It is emphatically not western sounding, with a modal scale that strikes the uninitiated as sounding positively middle-eastern. Nonetheless, once you get your ears adjusted, there is a delicate and somber beauty that is hard to reproduce in Western notation. I have made a few attempts at the traditional tones over the years. The result was disheartening, rather like listening to the Lawrence Welk Orchestra working its way through the B. B. King songbook. Nonetheless, I still have hopes. The Greek Archdiocese has a resource for the do-it-yourself student at its On-Line Chapel; a whole page of links to introduce the novice to Byzantine Chant.
Posted by John S. Bell at 10:30 PM 1 comment:

Today Huw links to a site on apocalyptic ideas in Old English literature. It brought back fond memories of staring bleary-eyed at my copy of Beowulf back in 1977 trying to turn the oddly familiar yet foreign phrases of Anglo-Saxon into something I could understand. Besides the links to the apocalyptic material (no, it did not start with the "Left Behind" books) there is a wonderful set of links to materials on Old English life and literature, including language lessons. The site contains my own favorite Old English poem, The Dream of the Rood, a uniquely Anglo-Saxon poetic meditation on the Cross.
Posted by John S. Bell at 10:38 PM 1 comment:

It has been a while since I have put up a post linking back to one of the bloggers who show up regularly in my referrer logs. Todays link is Ever So Humble, a blog from the New Hampshire Seacoast. She has become a favorite stop for information on everything from seasonal changes to high school lacrosse to the Weekly World News.
Posted by John S. Bell at 7:59 PM 1 comment: 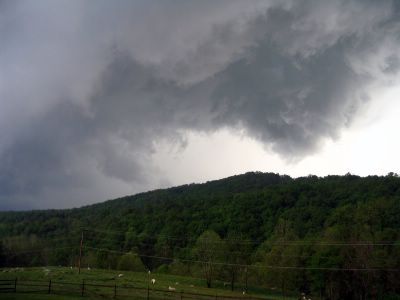 We had planned on shearing the first of the flock this afternoon. A thunderstorm had plans of its own, so we spent the afternoon inside watching rain blowing down sideways instead. With each lightning flash, the portable phone in the kitchen would ring once before the thunderclap. Mother Nature calling!
Posted by John S. Bell at 11:11 PM No comments: 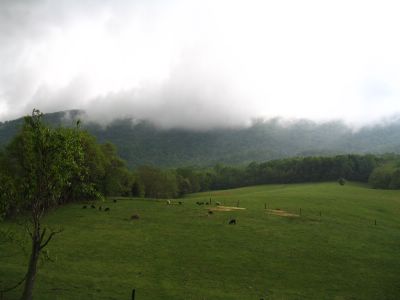 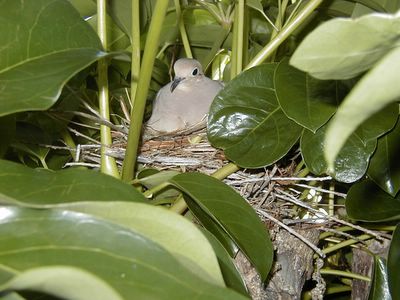 Around the corner of the house, another dove makes use of handy subtropical foliage for a more traditional nest.
Posted by John S. Bell at 6:43 PM No comments: 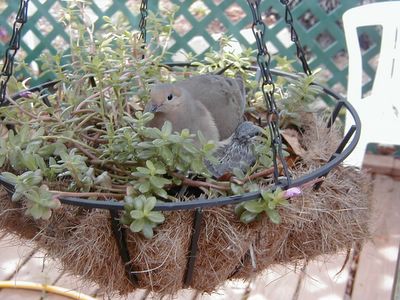 Mockingbirds and Mourning Doves were nesting around my mother's house, making for an interesting morning serenade. Here is one dove that decided to use a hanging basket as a nest ready made to hatch her chicks.
Posted by John S. Bell at 6:39 PM 1 comment: 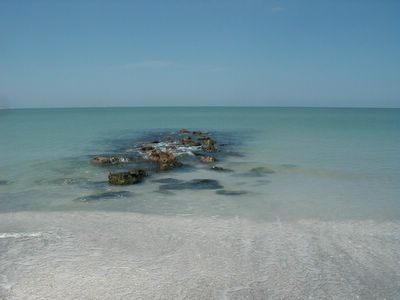 For those who check regularly, my apologies for the lack of posts. I took some time off and went down to Florida to visit family. The picture above is the view from Caspersen Beach last Saturday, looking out over the Gulf of Mexico. I have been back since Tuesday night, but caught up in the press of work since then. After a short burst of vacation pictures, regular farm blogging will resume.
Posted by John S. Bell at 6:14 PM No comments:

This week after Pascha is "Bright Week" in the Orthodox Church. The customary Wednesday/Friday fasts are lifted and we greet one another with "Christ is Risen!", to which one responds, "Indeed, he is risen!" The website of the Orthodox Church in America has a special page with the Paschal Greeting in languages ranging from Aleut to Coptic to Latvian to Romanian to Zulu. My current favorite is Hawaiian:

Ua ala hou 'o Kristo!
Ua ala 'I 'o no 'oia!
Update: Father Steven Bigham has a new site where you can read (and hear!) the Paschal Greeting in 250 different languages. (Link via Orthodoxy Today)
Posted by John S. Bell at 10:32 PM No comments:

The BBC has a wonderful audio portrait of Orthodox Easter here, narrated by Canon Michael Bourdeaux, an Anglican priest who was a great friend of the suffering Church in Russia under the Communists. He also interviews Irina Ratushinskaya, whom I have written about before.
Posted by John S. Bell at 9:12 PM No comments: